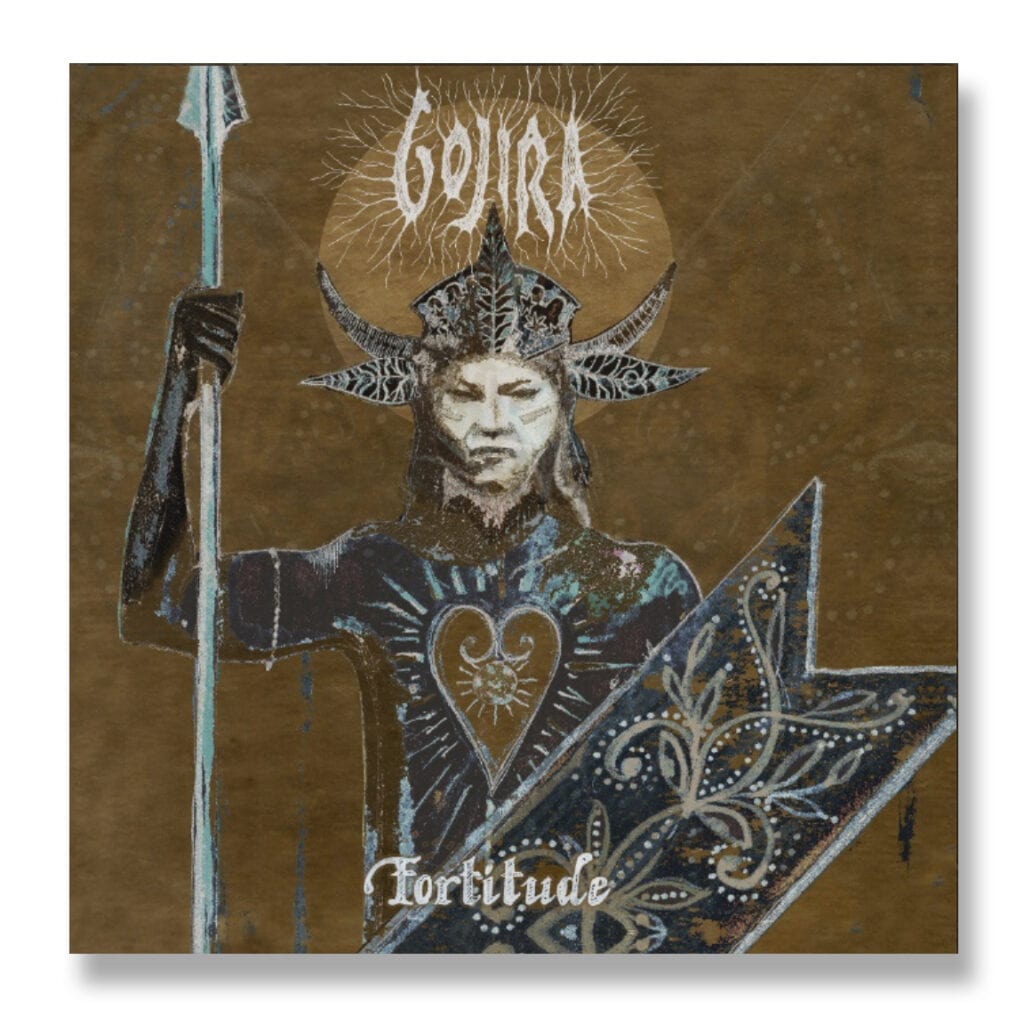 It is not every day that I listen to heavy metal. I usually play Renaissance or Baroque music quietly in the background when I am painting. Sometimes even Gregorian chants. It is all part of creating an ambiance within which I can channel thoughts clearly into my work. I find that a quiet, calm, even ethereal atmosphere is best for that.

So, it was quite out of character for me to rush to click on a link in a web article to “Amazonia,” a new song by the French heavy metal band, Gojira.

Why the rush? I read that Gojira devoted their music to environmental issues. Wow, I thought. We need more of that! I had to hear what they were doing.

Listening to “Amazonia” was fun. Gojira delivers their message with angry energy that is mesmerizing, partly because of the transfixing thrumming of a jaw harp throughout the song. I immediately identified the rage I was hearing in their song as similar to my own.

The lead singer, Joe Duplantier, belts out the lyrics:

“There’s fire in the sky

You’re in the Amazon

Is burning to the ground”

He’s right. All over the world tropical forests—one of nature’s greatest miracles—are being burned for agriculture or logging. The cost is huge. Species of plants and animals are being burned out of existence. We are not only losing biodiversity. We are also losing the contribution of trees toward reducing atmospheric CO2. Half the world’s tropical rainforests have disappeared since I was a kid. I feel like I’ve been watching it burn all my life.

The more I read about Gojira, the more I liked them. The band had taken their rage and turned it in a positive direction. Rather than singing doom and gloom, they “choose to be in the energy that wants to succeed” according to lead singer Joe Duplantier. In my view, that is the most important role for artists right now.

I am a lifelong lover of animals. I lived in Asia most of my childhood and I saw rainforests firsthand. When I was a little kid, I wanted to be a zookeeper. As a teenager, I learned about ecosystems and I decided to become a marine biologist. Although I entered college as a zoology major, I soon realized I had to choose between a career with nature and an art career. I chose the path of art.

While at National Geographic I traveled extensively and saw environmental destruction everywhere I went. Despite the efforts of conservation organizations, we have not managed to slow the destruction of habitat or extinctions. We are on a collision course with a mass extinction the like of which the world has not seen before. We’ve had mass extinctions before, but none have been so rapid as this one threatens to be.

I cannot describe in words the rage and frustration I feel about what is happening to our natural world. When I listen to Gojira, I recognize the rage. It is the same as mine. The focused anger of Gojira reminds me of the motivation behind my decision to launch an artistic attack on the extinction crisis. My “Extinctions” series of paintings is a gallery of critically endangered animals shown distorted in various ways. The distortions are metaphors for how nature is “not all right.”

I was in the middle of painting critically endangered species when the pandemic hit.  My rage hit its apex. I knew right away that this was the result, at least in part, of our callous and destructive treatment of the environment. Nature was not all right, and biological holocausts were the consequence.

I stopped all the animal paintings and immediately started a new one for the series. It would feature a large skeleton squeezing blood from a stone. In the foreground and middle ground, a traffic jam of cars wends its way through the smoke and smog of overused fossil fuels. In the background, the tropical forests burn. I named the painting, “We Reap What We Sow.” Gojira expresses its rage through loud music and performance. I express mine through art. There’s a lot of rage in that painting. It is loud in a visual way.

I’m going to keep on raging in my own way, with my Gregorian chants playing in the background. That’s how I am going to fight this fight. But every once in a while, I am sure that I am going to be tapping into the energy stream of my new, unexpected allies, Gojira, and the thrumming of Amazonia.

Listen and watch the Gojira video for “Amazonia” here: https://www.youtube.com/watch?v=B4CcX720DW4&list=PL108Ibu60Az0z_uyUZvKjFN2glZPKmS5T&index=3

PS. I even created an NFT of one of the extinct species I painted. It is a Northern White-cheeked Gibbon. If you are into NFTs, check it out. The gibbon sticks its tongue out at us in a gesture of disgust. We’re the cause of its extinction and it is mad. I titled it “Mad Monkey.” There are less than 500 of these gibbons left in the wild. So there are only 500 copies of the NFT for sale. Proceeds go to Conservation International. Look for christopherpsloan on Rarible.